Total cost of ownership is LED based products (especially in case of large infrastructures such as public lighting / streetlighting or horticulture lighting or in case of safety critical applications like automotive lighting) is of primary importance, including reduced product cost, improved reliability and possibly improved overall energy efficiency. The approach is based on multi-domain LED digital twin based development workflow (first proposed by the Delphi4LED H2020 ECSEL project of the EU). Besides the design of thermally optimized, quick and reliable LED product the workflow provides data for designing smart control schemes aimed also at improved energy efficiency through CPS based approaches. The corner stone of this is the temperature compensated constant light output (CLO) control of the luminaires.

With the comprehensive LED testing and modelling that we offer, important LED features not reported by LED vendors on their data sheets can also be considered your design.

If you are active in LED luminaire design and development and you have interest in improving your LED luminaires with the latest state-of-the-art multi-domain characterization but you lack the tools and expertise for this, do not hesitate to contact BME regarding the LEDsBeSmart technology. 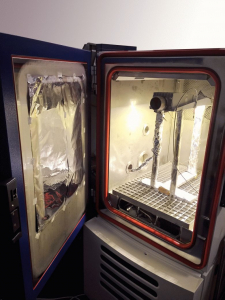 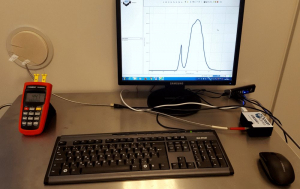 The multi-domain LED package characterization was used by Hungarian SME’s active in LED luminaire manufacturing. The overall LED digital twin based workflow is in use by a leading European based multinational lighting company and at a few French SME-s as well.

Further information can be found at

This site uses cookies. By continuing to browse the site, you are agreeing to our use of cookies.

We may request cookies to be set on your device. We use cookies to let us know when you visit our websites, how you interact with us, to enrich your user experience, and to customize your relationship with our website.

Click on the different category headings to find out more. You can also change some of your preferences. Note that blocking some types of cookies may impact your experience on our websites and the services we are able to offer.

These cookies are strictly necessary to provide you with services available through our website and to use some of its features.

Because these cookies are strictly necessary to deliver the website, refuseing them will have impact how our site functions. You always can block or delete cookies by changing your browser settings and force blocking all cookies on this website. But this will always prompt you to accept/refuse cookies when revisiting our site.

We fully respect if you want to refuse cookies but to avoid asking you again and again kindly allow us to store a cookie for that. You are free to opt out any time or opt in for other cookies to get a better experience. If you refuse cookies we will remove all set cookies in our domain.

We provide you with a list of stored cookies on your computer in our domain so you can check what we stored. Due to security reasons we are not able to show or modify cookies from other domains. You can check these in your browser security settings.

These cookies collect information that is used either in aggregate form to help us understand how our website is being used or how effective our marketing campaigns are, or to help us customize our website and application for you in order to enhance your experience.

If you do not want that we track your visit to our site you can disable tracking in your browser here:

We also use different external services like Google Webfonts, Google Maps, and external Video providers. Since these providers may collect personal data like your IP address we allow you to block them here. Please be aware that this might heavily reduce the functionality and appearance of our site. Changes will take effect once you reload the page.

The following cookies are also needed - You can choose if you want to allow them: